Just over a week ago, I set out to reintroduce the foods/food groups of which I completely eliminated 30 days prior. The only problem? I kind of, sort of, totally, completely disregarded any reintroduction schedule.

I didn’t mean to, it just happened!

Okay, I have no excuses. But, wait! It's not that I disregarded any reintroduction schedule. It's just that my idea of reintroducing grains, sugar, and dairy all at the same time may have been a bad one...whoops.

So, long story short: I consumed a whole bunch of bad  sugar,  a bit of wheat (the worst), some dairy, and washed it down with a drink or two or three, and WHAMMY. 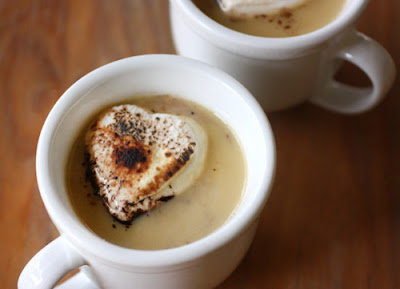 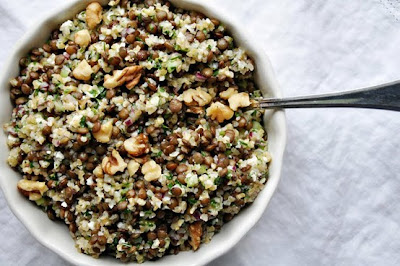 Days 1 & 2: Sugar & Grains
Because I've experienced symptoms from consuming sugar and/or grains in the past, I was already expecting to feel miserable during this part of the reintroduction phase. And, sure enough. After reintroducing sugar and grains, I felt like garbage. I felt sick. I felt tired. This most recent experience further validates the negative effects that these foods/food groups have on me and gives me more reason to avoid them as best I can.

So, that's what I'm doing. Surprisingly (or maybe not so surprisingly), it took me a few days to completely eliminate sugar again. Even after just a couple of days of reintroducing sugar, my body was craving the horrid stuff, making it extra difficult to return to simpler days sans sugar. But, after a few days, I jumped back on the no-sugar train, and I already feel better.

What about wheat? My reintroduction to gluten was no wise choice, either. While it may have probably played a role in my increased fatigue, I am positive it was the leading culprit in my tummy troubles over the weekend. And so, like sugar, I've axed the nasty villain.

Days 3-5: Dairy, Non-Gluten Grains, & Legumes
As for dairy, non-gluten grains, and legumes? I may have to re-write my reintroduction schedule for all three. While I managed to reintroduce small amounts of all three food groups over the weekend, feeling ill the way that I was, this really doesn't do me much good in telling me what, if any, of these food groups are triggers to any or all of the symptoms I experienced.

A part of me believes that the dairy I consumed (a variety of soft cheeses and some butter) may have contributed to my upset stomach.* Hence why I've decided to rule out dairy for at least another ten days, and then reintroduce it properly and without companions.

For legumes, I consumed a very small amount of soy sauce. I don't even know if it's enough to say that I reintroduced it, but if we're confessing everything, I'm guilty.

Finally, it actually wasn't until the end of the weekend - when I was on a mission to help cure my tummy troubles - but I consumed brown rice pasta, and I actually believe that it helped make me feel better. Not better as in "I should eat a great big bowl of brown rice pasta everyday for optimum health and wellness!" but because my stomach was upset (from either the sugar, gluten, or dairy), I needed something that would help to neutralize whatever crummy business was going on in my gut. For the short term, I do believe the brown rice pasta helped (at least helped to make me feel better).

Now that I'm back to my Whole30 ways - at least until I can properly reintroduce dairy (and later, soy) - I'm already feeling more energized, and my belly more happy.

Since completing It Starts With Food, I have read Robb Wolf's The Paleo Solution: The Original Human Diet (2010) and The Inflammation Syndrome (2010) by Jack Challem, both of which outline diets for specific lifestyles. What I like about all three of these books and their authors (not to mention other writers/critics/foodies/health enthusiasts* within the field) is the approach they each take with their proposed diets. The Whole30, the Paleo Challenge, eating for a specific health condition...it's not just a diet. It's a lifestyle, and no lifestyle was mastered overnight. It takes time. In the same way that one must take baby steps towards completing the Whole30, he or she must also take baby steps towards completing a Whole60 or Whole90. And, gradually over time, they might make this “diet” a concrete and permanent part of their lifestyle.

Moving forward, it is my hope that with everything I've learned during the Whole30 about food and nutrition, my body, and my relationship with food, I can maintain a diet similar to that of the program itself. The Whole30 is essentially the Paleo Challenge, and so it is my goal to adhere to a Paleolithic diet. And, even though I'm already a part-time Paleo participant (say that five times fast), I know that it will take time for me to fully adapt to this diet. That's why I've also chosen to follow the 85-15 rule suggested by Loren Cordain*, which will allow me to enjoy the occasional cheat food without losing the diet's overall health benefits (this includes foods not typically a part of the Paleo diet).

My Paleolithic lifestyle starts here and now. Actually, it started yesterday when I made this for a super easy and delicious dinner.

Hopefully, unlike with my reintroduction phase, I'm a little more successful.

Have you ever considered a Paleolithic or Primal diet, or any other diet, for that matter? If so, was your experience positive or negative? I'd love to hear your stories.

*before the Whole30, the only dairy I consumed was cheese, yoghurt, and butter, but thinking back, my cheese consumption was usually an indulgence over the weekend and most every weekend, my digestion would feel wonky.

*it's typically very difficult to eat a pure Paleo diet 100% of the time. The 85-15 rule allows individuals to reap the same amazing health benefits by observing the Paleo diet 85% of the time. That said, Cordain suggests that for people with severe illnesses or autoimmune diseases (like me...) should try for 100 per cent compliance. It's going to take some time.

images via sequined serpent and the parsley thief


DISCLAIMER: I am not a nutritionist, physician, or any kind of health professional. Everything that you find on my blog is based on my own knowledge and opinion. If you require specific health and fitness advice, please seek a qualified health professional.
Posted by G at 05:43